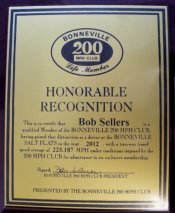 Pre-Entry List released from the SCTA-BNI. There are some great entries listed here for World Finals. Some notable comments need to be made from the entry list. First off a very capable streamliner that many haven't seen or did not know was in existance is the Lessman Streamliner running in the AA/GS. This liner was constructed several years ago (1995 ish???) This is a very capable machine that was constructed for nothing but top speed 400+ mph. Don't quote me on it but I beleive from talking with Roger Lessman several years ago that he had a traction control system on the vehicle that prevented him running during the SCTA-BNI meets. Another issue he had was the salt length. Needed a groomed course long enough for him to acheive top speed. But then again whats new. This will be an interesting to see the streamliner and you can bet I will get pictures. I did hear thru the rumor mill that it was possible that it would not come out until next year, but maybe things have changed. We will see in about a couple days.

Another interesting vehicle is the Burklands streamliner which posted a 450

mph run several years ago. This streamliner wrecked and was rebuilt. During World of Speed was its first time back on the salt since the reconstruction. The weather prevented the Burklands from making any runs during the event even though they were in line to make a pass. So they will be anxious to make a pass. I would suspect they will be in the front of the line to make one of the first passes during the World Finals event.

The Buckeye Bullet Ohio State University Team running their Electric Streamliner. During speedweek they were able to just eclipse the 300 mph barrier with a 308.317 mph run but were unable to back up the run. That is just outstanding since the current record is at 256 mph set by this team last year. They are the first to break the 300 mph barrier with an electric vehicle. This vehicle will be ready to run both national and international records during the World Finals Event. The question is will it be able to see a 300 mph record?

200 mph mark in preparation for BUB International Speed Trials in September. They showed up with nothing but big numbers in mind. Following a shakedown run they were going for the big speed when misfortune marked them and the motorcycle liner caught some cross wind and went down and skidded thru the lights. A speed number was mentioned around 270+. They have made repairs which were only cosmetic and will be ready to run during World Finals. Is this vehicle capable of surpassing the new mark set at Speedweek by Sam Wheeler at 332 mph? You bet. Maybe another interesting note would be could this vehicle do it all in one year on the salt. Make rookie runs, wreck and set record???? I forcast a 300+ run from this vehicle during World Finals.

And how about Jason McVicar riding a Yamaha R1 with Special Body Work. This guy was a workhorse at Speedweek settting an extremly hard tast of setting 6 records during the event. All in the 1000cc classes running both unfaired and faired. Record speeds from 174 mph to 215 mph. What does Jason have in store for World Finals? He is entered in a class that he doesn't have the record in (He runs an entry name of Scott Guthrie Racing) the MPS-F 1000cc going after a speed mark Joe Amo set in 2001 of 223 mph.

When I left World of Speed I asked Herbert/Steen crew if they would be back for World Finals, (they run the 4 engine streamliner) and he mentioned it all depended on what the "Bean Counter" says. Lets hope they had a little left over and they will be back even though they are not on the pre-entry list they could still show up.

The story with unfold here in a few very short days starting Sept 13. for daily reports on the event. 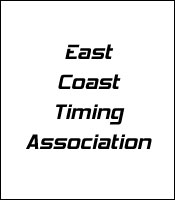